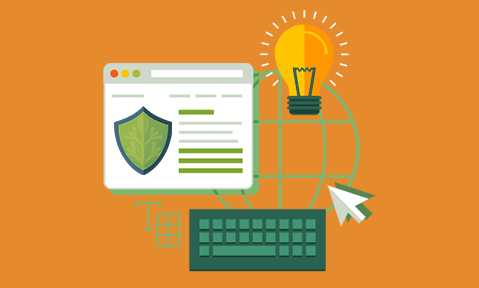 Protection of trade secrets from theft.

There are many reasons why sensitive corporate information has to be handled as a trade secret rather than Copyright or Patent.  Here’s how to protect trade secrets in digital documents from unauthorized access and passing on.

It may not seem obvious, but you can choose what kind of legal protection can be applied to different information held by an individual or an organization.

The strongest form of legal protection is the patent.  It is applied to methods and designs to make an object.  It can also be used on methods for doing something (e.g. using a computer system to guide a robotic arm or paint a picture) although it is questionable if you could get a patent over how to create and run a Sales Ledger system by using a computer.  There are fees to pay for getting a patent.

This is a way of publishing information that allows you to license the rights to reproduce it.  The author(s) may also be granted associated rights.  The actual rights you get depend on the country you create the work(s) in.  The information being Copyrighted can be literary, music, film, picture, sculpture, multi-media and similar.  Generally Copyright is created when the work(s) are although some countries charge a fee to register a Copyright.

Enforcing Copyright control can be expensive, particularly if there is no obvious person or organization that you can identify to litigate against (and they can afford to pay if you win).  You also risk becoming involved in dealing with countries that you have no presence in and cannot readily fund such an operation.

This is what you use when other approaches will not work for you.  Or when you are looking to file a patent but are not there yet.

There are many things that are trade secrets.  Amongst the best known is the formulation for the liqueur Benedictine.  You must mix the right quantities of 27 flowers.  It is said that only three people at any one time know the exact amounts.  But there are many many trade secrets.  The procedures manual used by bank staff to determine creditworthiness, is an example, as is a specialist training methodology or an organization’s risk analysis parameters for trade or banking.  Documents relating to mergers and acquisitions need to be kept secret, as do those relating to market development (selling or purchasing or developing) and so on.

Although few documents are Top Secret (for the military), there are a lot of trade secrets documents that need to be given the same security treatment.

In fact, it turns out that there are a huge number of documents that have to be dealt with as trade secrets even if they later become patents or Copyright work.  But the biggest collection of documents are those that have to be shown to people without leaving them the ability to steal or misuse the content.  And that is where things get slightly more complicated.

Copyright litigation has determined that if you leave a confidential document next to a window which looks out onto a public area, and someone outside looks through the window and reads it, or takes a photograph of the document – they have not broken a law and you cannot stop them from using that information for their own purposes.  The law is expecting you to take all reasonable steps to protect your information and not to be careless.  It’s why you need to make it clear to people whet responsibilities they have for keeping secrets.

You can take positive steps to safeguard your digital documents and the trade secrets within using a tool such as Locklizard Safeguard.  This allows you to make to the authorised user respect secrecy and not to be careless with protected documents.

So all the discussions by document control system providers about who has control of a document are unhelpful when you are giving people the ability to reveal your trade secrets by printing them out or copying them or forwarding them to unknown destinations that happen to have control of an email address (the banks regularly warn that email account hacking is a commonplace – and they should know) that is supposedly trusted.

It is clear that the controls that you need for trade secrets are essentially identical with those of a DRM Management system.  So you will be needing an overarching series of controls that:

Although no single control secures a document from being seen by an unauthorized party, the ability to use a suitable combination to meet the specific requirements of a particular document is essential.  Just as there are no two people the same, there are no two documents the same.

So any system you choose for trade secret protection must have the ability to use any of a wide range of capabilities selectively to achieve your objectives: which are to protect your commercial information to the most cost-effective level.

Compare the features provided by Locklizard Safeguard PDF Security with the controls outlined above and you will see a very good fit between the two.  Locklizard document protection provides you with a comprehensive approach to being able to protect trade secrets and make it very difficult for unauthorized access to and passing on of trade secrets.  Protect your trade secrets, and keep them that way. 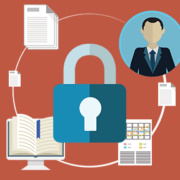 Why DRM is is better than access controls for document security 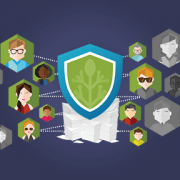 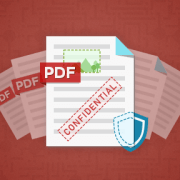 How to protect confidential documents 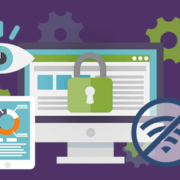 How to protect documents

How to lock a PDF