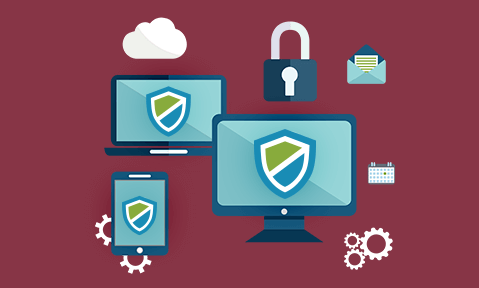 Some people say DRM is dead and that people should be free to copy and reproduce works published on the Internet.  Authors however want to get paid for their work (assuming they are not giving it away for free) yet the only way to ensure copyright protection is by using DRM to control use.  So is DRM really dead?

You must have read the headlines – surely not fake news – that DRM will have died out in the very near future.

The arguments being used are:

At one level a free-for-all for access to any published work sounds very attractive for users.  In one simple step everyone everywhere has the right to have a free copy of anything published over the Internet, and do what they like with it.

Well I can see how that would be attractive to recipients.  It would be like being able to go into any library or bookstore, then just helping yourself and walking out again!  That doesn’t sound like copyright protection.

Now I’m not sure how long libraries and bookstores would manage to keep running.  Pretty soon they would be out of stock (well, of all the good stuff), and authors and publishers would not be supplying because they aren’t getting paid.  And what’s the point of a library that has no books?

Ah – but Internet distribution is free (not quite true, the users actually pay to use broadband and to publish information on web sites, so it’s really a pay-as-you-go service), storage is cheap and access is satisfactory in major economic regions.  So even if the users don’t realize they are actually paying something for their copies, it still raises some questions.

If you can’t sell any digital works on the Internet, then what is the motivation for people to create works for free distribution?  Whilst people are paying for content they are likely to be critical if what they paid good money for is substandard.  If it is free then who cares.

But what is the motivation driving people to publish at their own expense?  Are they genuinely trying to produce new artistic work?  Are they producing work of real academic status, or sowing the seeds of academic confusion by publishing inaccurate work or advancing theoretical arguments that appear to disagree with largely accepted work?  Are they taking the work of others and just re-badging it?

And that brings us to fake news.  How do you know what is genuine?

Interestingly, DRM technologies are well placed to answer this question.

In the physical world it is frequently too much hard work to change some of the content of a physical book, or a picture, or a film or a sound track.  But in the digital world……..  DRM can prevent any change to published documents and takes steps to prevent copying sections of documents by automated methods.  (Nothing prevents someone from getting pen and paper and writing a copy, but generally people are not interested in doing that.)

In the digital world identifying who is the publisher is more complicated.  You can rely upon web searches for web sites and references (and suppliers often use that as part of their credit control process), but finally they look at the bank that is providing the money.  Similar processes are applied by the big trading houses such as Amazon and eBay, or the credit handler Paypal.  They may not guarantee that client systems cannot or have not been hacked, but they provide another complex layer of security that has to be overcome before an attacker can create secured documents that do not come from where they appear to.  This could be important if you are reading investment advice from a broker or an M&A agreement from a lawyer or the minutes of a board meeting.

A question of intent

There is a curious idea that because something has been created in a digital form and used on the Internet that there was every intention of sharing the content with everyone in the world.  The creators of digital works may, for entirely legitimate reasons, such as publishing corporate procedure manuals to all internal staff that cannot be given to outsiders, or training course materials that are for internal use only; need to restrict both access and use – something that DRM is well positioned to facilitate.

But there is no intent by the publisher to share information in the broadest context.  Indeed it is entirely obvious that the publisher has not the slightest intent to share with anyone outside of the circle that they have defined.  That does not deny them copyright protection, but its effectiveness is in some doubt.

Because DRM implements controls that are applied regardless of the environment, translation of form and format is generally forbidden because that would likely remove the controls.  DRM providers get round multi-platform use in one of two ways.

This claim harks back to the creation of Copyright protection under the statute of Anne, where it was felt essential that published books should be able to be studied, and valid criticisms published, to promote an ‘age of enlightenment’.  It was also about establishing a balance between the interests of the author and the wider common good.

Copyright protection was, of course, all about the right to make (and presumably sell) copies of documents (books, pictures, forms, maps, government documents, banknotes and so on).  So its original purpose was economic, to balance the rights of authors to enjoy the fruits of the creation of their product, in this case a printed idea rather than a physical artefact, against the rights of publishers and distributors and competitors.

The latest argument seems to be saying that an author has no rights, and must make a living from something else or depend on donations from passing viewers.  In the past famous authors have gone on tour reading their own work for a fee (this includes musicians) but the short life of ‘new information’ on platforms such as Facebook and Twitter leaves space only for those capitalized to take advantage of the ephemeral ‘going viral’ and the original authors scarcely have chance to make a reputation before the next good thing comes along.

So I suggest that the demand for wholesale copying and redistribution denies an author the rights of the fruits of their labours because they are prevented from controlling copying – the very thing copyright protection was set up to control.

I can understand the wild desire to make all information freely available to all – no digital hiding place – a must-have in the modern government spy system?  But I cannot see the advantage to the authors as against the mass publicists who are likely fuelled by advertising rather than book sales.  The free book sales can (and are) turned off and on whenever it suits the marketing stance of the publicists.

I see that there are many situations where privacy and the need to exert strict control over the distribution of content are fundamentals of the publishing equation, and denying the essential DRM tools to those whose business operations rely upon them is to remove the oxygen of industry and government – in other words to follow the law of unintended consequences and harm the economic system in ways that were never expected when freedom was being talked about.