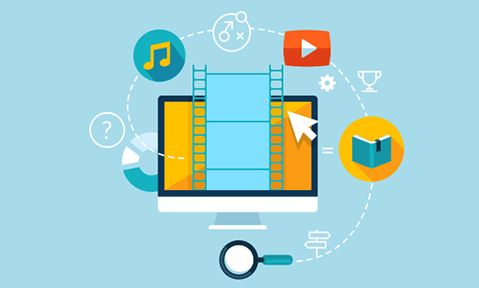 Although the media (film, television, sound radio, plays and so on) are essentially about bringing information to the public attention, there are occasions where information is to be kept secret until the moment of production.

In series recordings scripts are very secret indeed.  In the ratings wars, knowing ahead of time what a rival is planning to broadcast is a significant advantage.  A quick Internet search shows leaking scripts is a pretty common problem that can be easily reduced.

Protecting scripts seems difficult because usually several ideas are circulated around organised teams of writers and critics.  They then organize their own thoughts and feed back to the production team.  Coming up to a major holiday season it can be more complicated because there may be four potential scripts all in circulation at once with the final decision being made at the last possible moment in production.

Using Locklizard DRM each script can be considered as part of a publication.  And each team member can be given access to the publication(s) [show, soap and so on] they are connected with.  Doing that makes the editor’s job easy because they can publish a script to the correct publication and automatically all the right team members can use the DRM protected document(s) whether or not they are on the corporate network – very important when most artists and writers work from home and on contract.

Secured scripts can be set up to be used offline so that people don’t have to be online all the time.  You can also set the end date for a script so that it automatically drops off being usable by a given point in the schedule so there is no need to go round deleting old scripts.  In fact you can set up the system so that you can cancel scripts as soon as they are superseded rather than having to tell people to destroy old copies.

The other thing that is kept very quiet is the timing and casting of parts.  Sometimes it is the star parts, but mainly it is the middle rank where there is a lot of competition with artists and agents.  Knowing what is being looked for in advance, and who is doing the looking can be worth real money – some agents specialise in selling casting information to artists who don’t use agents.  So there are commercial reasons for wanting to control this information.

Where a producer wants to control casting information, some thought has to be given as to how they want information to be disclosed.  Is it made available just to particular agents who have a remit to recommend star postings or for more general use, such as booking extras for scenes or episodes?  The advantage of using DRM technology is that you can allow one community of recipients to be able to see and print documents, but others only to see.  This helps control the speed of dissemination of information.  You can’t stop people looking at someone else’s tablet, but it can be important to slow down leaking the casting just as you may want to slow down leakage of the script.

Safeguard PDF Security makes sure your script management is as easy as possible whilst enforcing script security.

By converting your scripts to PDF format and protecting them with Safeguard PDF Security you can reduce the number of hard copy scripts, control who has access to which script, and know exactly when it was used and by whom.  Share scripts securely with production team members, and control and track their use regardless of where they are located.

NOTE:  Certain script security features are only available in Enterprise PDF DRM.  These are locking scripts to country locations & IP address and tracking/logging individual use.