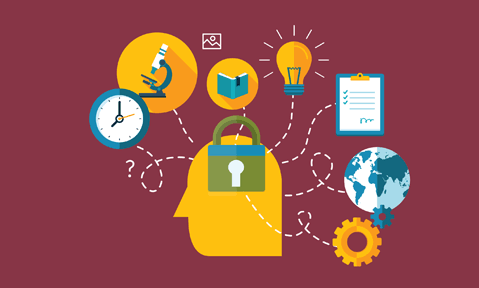 DRM & the Protection of digital information.

Who says lightning never strikes twice in the same place?  They are wrong.  On the same day it is reported that HP have included new Digital Rights Management (DRM) in their printers to make them refuse to work with ‘foreign’ cartridges, and Claims are made that DRM restrictions lead customers to illegal activity.

Lest we forget, HP have had chips on their cartridges for some time now that decide when the cartridge is empty and if the new cartridge is ‘genuine’ but I’m not convinced by the argument that DRM is being used is correct.

It is reasonable to observe that a bi-product of DRM technology is to give some veracity to the idea that the thing being protected by the DRM is genuine and that it comes from the source that is claimed because DRM acts to prevent fraudulent modification to the thing it is protecting.  But it would be wrong to say that verification of origin is a DRM function.  It is found in the Public Key Initiative (PKI – remember that?) technology called authentication of origin and uses a thing known as a digital signature and monitoring databases to verify where the signature came from.  But not DRM.

DRM is used to protect the copyright of a digital work – and that likely means preventing copying, and enforcing licensing conditions.

Back in 2003 it seems Lexmark tried to claim they used DRM in their printers and any attempt to subvert it was contrary to Section 1201 of the DMCA (amongst other things, such as patents over microchips).  The Sixth Circuit DC Circuit Court of Appeals decided against them, finding that there was no Copyright work being protected.  They concluded that companies cannot use DCMA in conjunction with copyright law to create monopolies of manufactured goods for themselves just by tweaking the facts of the case.  That was not the end of the matter and it rumbles on to 2012 with the dismissal of design patents against Lexmark.  Interestingly (if you don’t get out much) the arguments were much more about patents and the rights of patent holders and exhaustion of rights than about copyright matters.

In my ignorance I might have thought these printer arguments were all going back to the England and Wales ruling by their Lordships on the Leyland vs Armstrong exhaust case (copyright control of spare parts for automobiles), which created and developed the principle of the alternative parts market.  To my uncomplicated way of thinking designing things to be interoperable for the purpose of operation was fair game.  The UK ruling, it could be argued, said that it was lawful to make something that would deliver the desired result provided you only copied those aspects that were essential for mechanical interoperation (that would include, arguably, what happens at the electronic interface between a printer and a print cartridge?).   But we are where we are.

One thing is for sure from decisions in the US courts is that DMCA was invented to prohibit the pirating of copyright works such as movies, music and computer programs [and literary works], and it will be applied firmly when cases within its ambit are presented.

The evils of DRM for the protection of digital information

The Record (SUNY Buffalo State’s student-run newspaper) on 20 September 2016 ran an opinion piece on the evils of DRM because it prevented you from ‘consuming’ a digital work in any form/format that you chose.  It compared consuming a pizza with using a digital book and concluded that if you can eat a pizza anyhow you want then you should be able to do anything you want with a digital book.  It objected to having to buy a Kindle in order to read Amazon documents.

There are some weaknesses in the argument, however.

When you have ‘consumed’ a pizza it is gone.  Trust me.  It may come back, but not in a form you would want to talk about?  You can change the pre-configuration of a pizza but it’s kind of academic and temporary.

As far as I am aware, nobody has attempted to copyright the pizza.  I have not seen a great clamour from Italy to gain control of the name as a trade description (such as DOC for wines, or gorgonzola for a cheese).  Maybe they are missing a trick.

Now we all know that the physical world and the digital world are not (quite) identical, and that much of our tested law has come down to us (common law and precedents) from history, and although some aver it is mainly bunk, the law cannot be ignored.  And it cannot be casually re-written.

If you buy a printed newspaper you can’t read it in any other format, and please try to avoid ‘consuming’ in the rain since that is a very bad idea.  There is no backup, and no replacement policy.  You can get documents scanned, but it costs time and money, and strangely enough people can’t be bothered.  If you want to have different formats you need to buy different versions (including talking books).

Behind the noise of battle, the theme is that the consumer has the right to say how a digital work is to be delivered to them.  There is nothing in contract law to say you can’t ask for a particular format, just as you can with real books.  But there is nothing to say that a publisher cannot say the environments it is for or the formats it is published in, and tell you what use limitations there are.  There is nothing in consumer law granting implied rights just because delivery is in digital rather than physical form, and consumer law would not apply to BtoB transactions anyway.

A PowerPoint or a spreadsheet may not look too good transferred directly into HTML, for instance so the publisher might well want to enforce the form and format of the digital representation to prevent the possibility of looking bad from either a content or a branding point of view.

There is some grudging acceptance that the authors of copyright works should get paid for their work.  And that authors have the right not to be misrepresented by someone altering their work (content, form and format).  But it is rather grudging. But who is going to publish unless they get paid?  When the UK copyright laws were first introduced (for print publishing- remember) there was concern that if the only publishing was where the publisher had to pay to be printed there was a real danger that all thought would be directed by the rich to their own benefit.  (If you wish to complain about what the press publish take it up with them and not me.)

DRM licensing and exhaustion of rights

Finally there is the argument that you should be able to do just what you like with goods you buy.

This is an interesting argument that is advanced as if once you purchase something physical you can always do whatsoever you like with it and you have the legally granted right to do so.  Well actually you can’t.  Take the automobile.  Driving it is licensed.  And there are plenty of laws and rules about what you can and cannot do with one.  Last time I looked you were not allowed to transform a car into a bus or a tank without getting a lot of permissions?  And the convention of driving on one or the other side of the road is pretty firmly enforced.

Some countries legislate about the clothes that you can or cannot wear.  Others have rules about making noise.  It’s a bit of a bagatelle really.  For the technically inclined this is a discussion about exhaustion of rights over copyright and patent works.  Some legislatures claim that controlling rights are exhausted when an item is sold unless the rights are reserved by contract and then the owner can do just what they like with them.  Others say that rights are not exhausted if sold domestically, or if sold in export markets.

Although it sounds very abstract, it matters a lot in DRM.  If the dictum of automatic exhaustion of rights is correct, then the original purchaser has the right to sell on the purchased item (that is why you can buy and sell second hand books – but maybe no right to copy them and sell the copies, or even give them away).

So people using DRM controls should check that they make it clear that the protected items (documents, computer applications and so on) are not sold, but licensed for personal use and that all rights are reserved to the publisher.  They should also remember that if they are relying on the use of the DMCA to be able to prosecute people who try to circumvent protection measures, that the DRM is being applied to something that would be considered capable of copyright (a literary work gains copyright automatically on creation), and that it is not possible to merely sidestep the DRM controls because they are used to protect access control mechanisms rather than protecting the work.