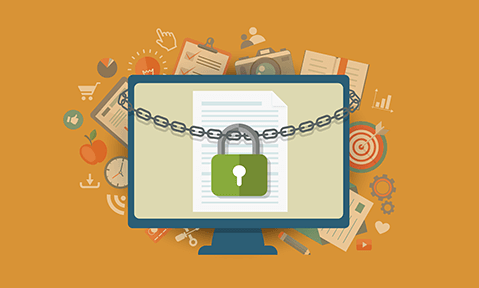 Is Microsoft RMS a secure method of protecting documents?

Microsoft has defined RMS policy as a source of weakness in controls rather than a failure of cryptography.  This means that letting someone see the document was tantamount to giving it away.  So how secure is it for protecting documents?

Rise of Microsoft RMS and the ERM market

DRM has long been used to protect content for consumer consumption as early as 1987 when Sony introduced DAT (Digital Audio Tape).  However, it was widely disliked and many successful attempts were made to bypass it.  It was therefore viewed negatively as a tool to protect content and ERM (DRM rebranded) was born as an alternative for corporate document protection.

It identified Microsoft as one of the major players and that ERM was becoming important as a tool to protect documents.  Microsoft named their ERM system ‘Microsoft RMS’ (Microsoft Rights Management Services).

How secure is Microsoft RMS?

Fast forward to 2016 to ERM (Enterprise Rights Management) and a published paper: “How to Break Microsoft Rights Management Services (Microsoft RMS)” at Usenix 2016 by M Grothe et al which gave a dazzling display of doing just what it said on the tin.  (Only be sure always to call it please “research“: Tom Lehrer rather before DMCA!).

What the paper ‘How to break Microsoft RMS’ (correct at the date of writing) does is explain very concisely how to break the security of Microsoft RMS documents and upgrade your legitimate read access authority to any other authority (they used .docx but the method could be applied to any file protected using Microsoft RMS, or any other come to that) into an unprotected document which can then be processed using the normal applications (Microsoft Word in this case).  What was more disturbing was that the paper also revealed a process for taking a modified version of the original document and having it processed so that it is accepted by the system as being genuine although it is a forgery.

Is this a serious problem for Microsoft RMS protected documents?

The authors gave a summary of discussions with Microsoft about their findings, which included a key observation from Microsoft:  “The type of attack you present falls in the category of policy enforcement limitations. Policy enforcement capabilities, such as the ability to prevent printing or modifying content to which the user has legitimate access, are not guaranteed by cryptography or other hard technical means.“

This is a significant observation which is often forgotten by evaluators.  To paraphrase William of Occam, “once you have found the simplest way in then you need go no further.” –  William of Occam is credited as having said, “Entia non sunt multiplicanda praeter necessitatem,” although it may have been John Punch back in 1639.  So much for Copyright.

As far as the Microsoft argument is concerned, if you have read access to a document, then given enough time and money you can reproduce it by hand and nobody can stop you.  So if you have an RMS policy that says you want to forbid copying, then you have to ban any form of access in order to be certain your policy is effective.  Encryption may help you enforce that policy.

The problem is that policy is often about ideals that can’t be achieved.

A common policy request is to prevent the copying of files.  The film and music industries will tell you that it is nigh on impossible to do that.  Once you have a file you can copy it, and can guarantee to get a perfect copy – nothing sub-standard.  CDs have never had anything realistic protecting content, and DVDs started with a system that was fairly easy to brute force attack.  The Blu-Ray implementation AACS 2.0 has proved harder to crack, although in June 2018 Arusoft announced it was broken, and although AACS 2.1 has been introduced it is also believed to be cracked – AACS 2.1 cracked.

If the policy was to “prevent copies of files from unauthorized use”, as it is with the Locklizard document DRM systems, then cryptography does guarantee that the encrypted file cannot be used without authority.

So Microsoft are correct in saying that if you have read access you can reproduce what is on the screen simply because you can read it, and so can a camera.  Your policy cannot be to stop these activities, but to make them difficult and expensive.  So a better policy is to “make screen copying difficult and ineffective”.   But how do you stop users copying content easily?

Below are just some of the methods an effective document rights management system should use:

There is a lot of difference between setting policies that are purely for corporate internal controls and policies when documents go outside, whether accidentally or because there is a requirement to distribute them.  Corporate policies are usually set by senior management and cannot be altered.  This is particularly important where documents are intended to go outside, where the recipient should not be in a position to define policies if they distribute the document.  Authentic documents are distributed from a central point.  Setting local policy definition is weaker because it allows local users to downgrade controls.  Allowing users to redefine policies is not advised.

Microsoft RMS and other ERM systems require policies to identify the controls that need to be applied to documents.  It is quite correct to say that policies may create weaknesses in a control system.  But, as Locklizard demonstrate with their own document DRM systems, it is possible to take steps to remedy those weaknesses.  This is not the same situation as where a control system has been broken (as in Microsoft RMS) and the recipient is able to define their own authorities and forge what should be secure documents.

Cryptography is an essential tool in transmitting securely the controls that must be enforced although it is only one element in achieving an effective document control system.